In honour of the May long weekend, I was hoping to showcase a big camping scene on the deck. Unfortunately, we’ve been battling the flu in our house and it hit us hard last night. Thus, I decided to review the My Life As Smoothie Bar Play Set instead.

I was so excited to see this set at my Walmart this past week! I was starting to think we wouldn’t be getting it in Canada. It retails for $9.97, which is a great deal! 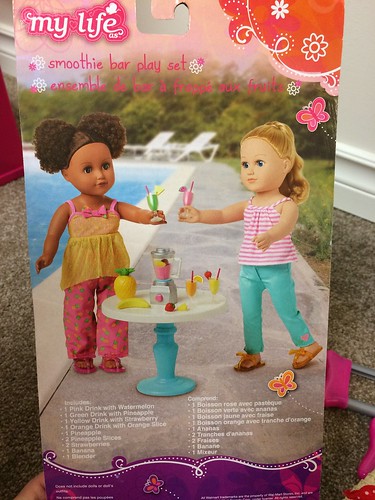 This set comes with a lot of really fun pieces. Included are: 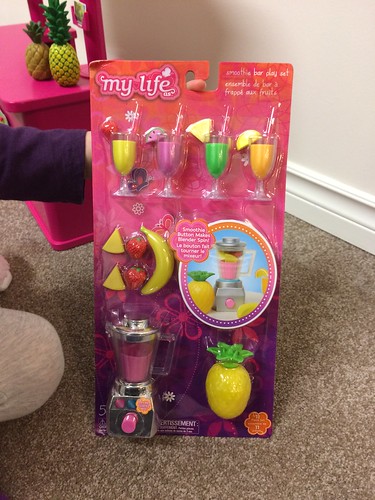 What sold me on this set is the blender and how interactive it is for play. 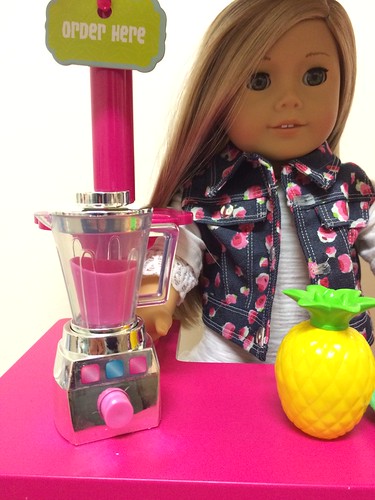 The blender jar can be removed from the base. The lid is also removable and you can add some of the fruit into the blender. 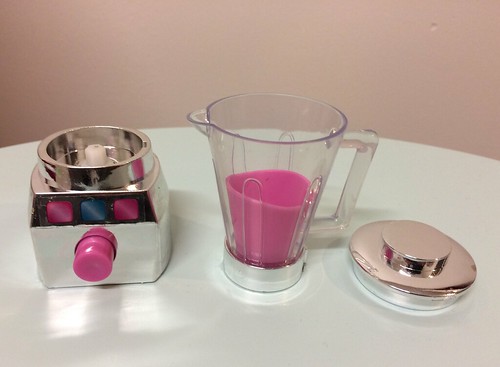 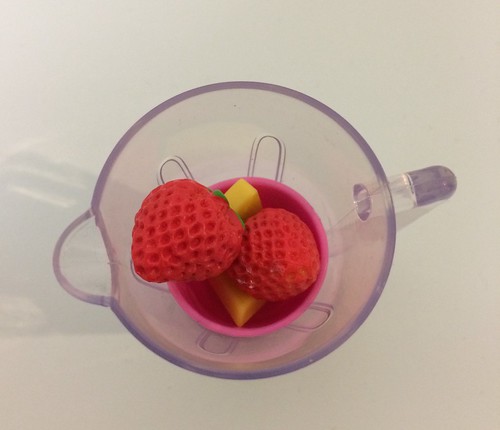 Pushing the pink button makes the smoothie rotate so it looks like it’s blending. Such a great feature and my daughter loves it!

The smoothies themselves are really fun and colourful. They are also well designed in terms of their scale. 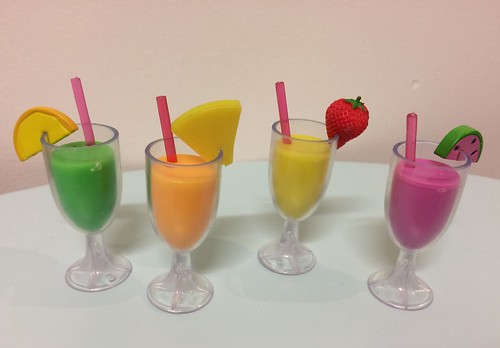 The glasses aren’t as good of quality as the drinks from American Girl or Our Generation, but at this price point I’m pretty happy with them. The only downside is that two of the drinks don’t sit completely flat when on a hard surface – they wobble a tiny bit. Overall it doesn’t bother me too much (and CC didn’t even notice).

The wedges of pineapple and the strawberries are great quality/scale and I really like them. 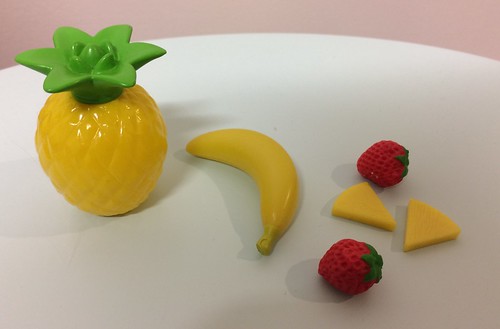 The whole pineapple and the banana are a bit cheap in terms of the light plastic used and the lack of detail in the paint job. However, the quality of the blender and all of the removable pieces make this set a definite win!

We decided to set everything up using Kanani’s Shaved Ice Stand. Isabelle had fun making the smoothies and I can see her working the stand all summer. 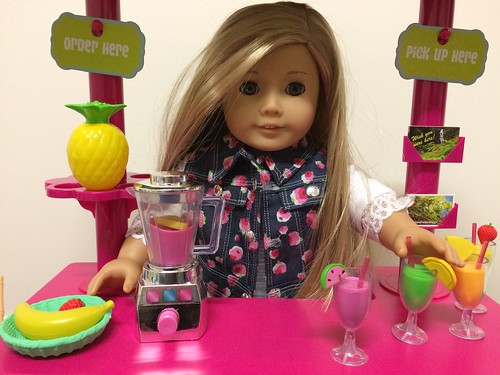 Julie was a frequent customer and I hope she’ll tell her friends about the great smoothie spot! 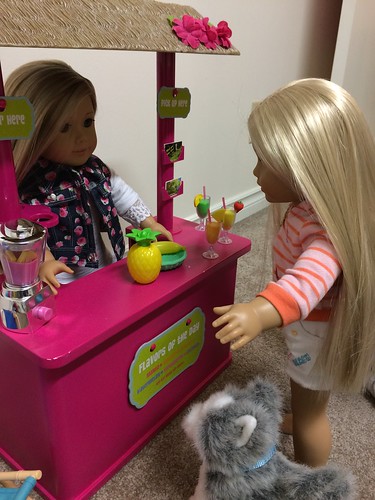 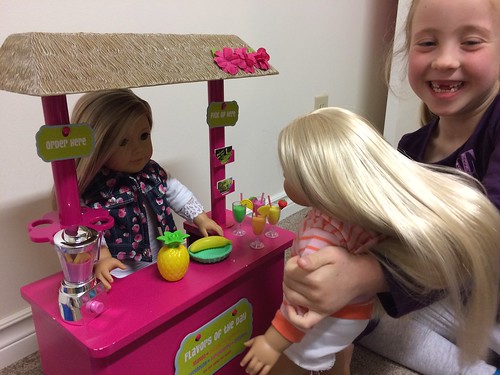 Have a fantastic long weekend!

8 thoughts on “My Life As Smoothie Set” 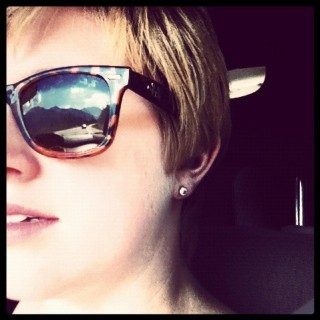