I have been curious about the Our Generation poseable dolls ever since I first heard of them.  I searched and searched online to see how they work, to no avail.  I wanted to know, were their joints like the Barbies of the 80s with the “clicky” knees, or more like the poseable hard plastic knees of the Monster High dolls?  Were they only poseable in their limbs, or is their torso capable of holding a pose too?  However with the price tag of $59.99, I wasn’t that curious.

A few weeks ago a friend of mine was working on customizing an Our Generation doll, but told me she decided to give up as her limbs were too squishy.  Too squishy?  I have have never had a problem with any of my Our Generation dolls limbs being too squishy.  I thought that was kind of strange, so when she offered to give me the doll I jumped at the chance, as I wanted to figure out why the limbs would be “too squishy”.

When I got home I had to agree with my friend, her limbs were really squishy and not only that, they felt like there was some stuffing inside.  Squishy with stuffing inside the limbs?  This was certainly strange.  I got busy with other things and didn’t think much about the doll until a few days later… then it came to me… could this a poseable doll, a doll that I have been dying to review?  So I tried it… I bent her arm… and low and behold, her arm held the pose!  I was so excited I decided to see what else this doll was capable of, and allow me to share my findings with you. 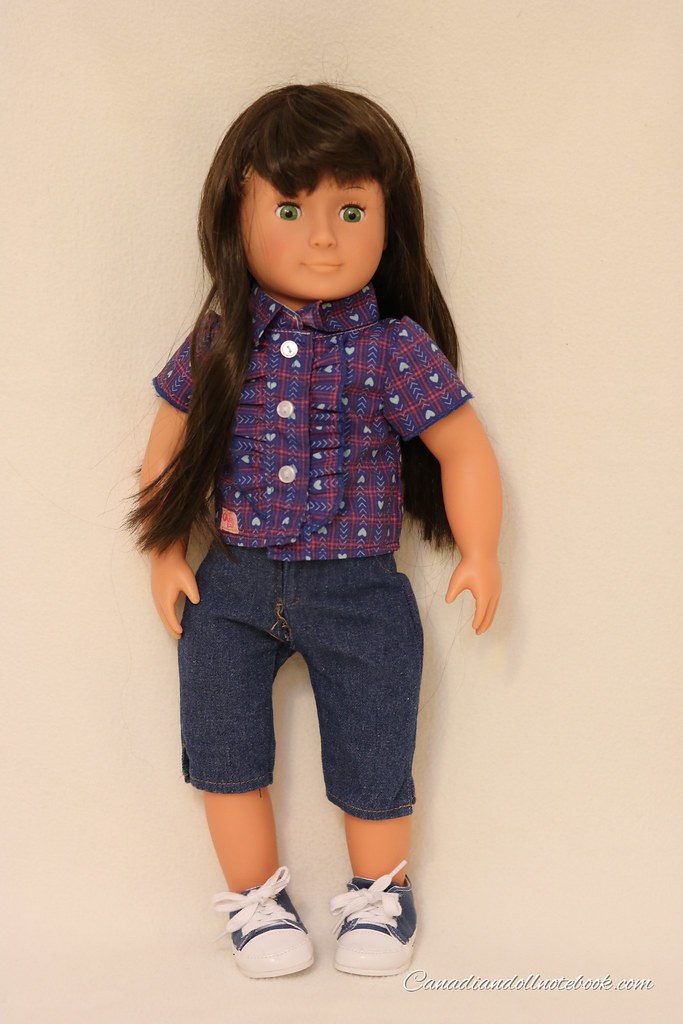 So here is our lovely Our Generation poseable doll model.  This doll’s hair and mold is the same as all the other Our Generation dolls that I have reviewed, so I won’t bore  you with similar photos and facts.  If you are interested I would recommend that you head over to my Our Generation regular doll, and Our Generation Hair Play doll reviews. 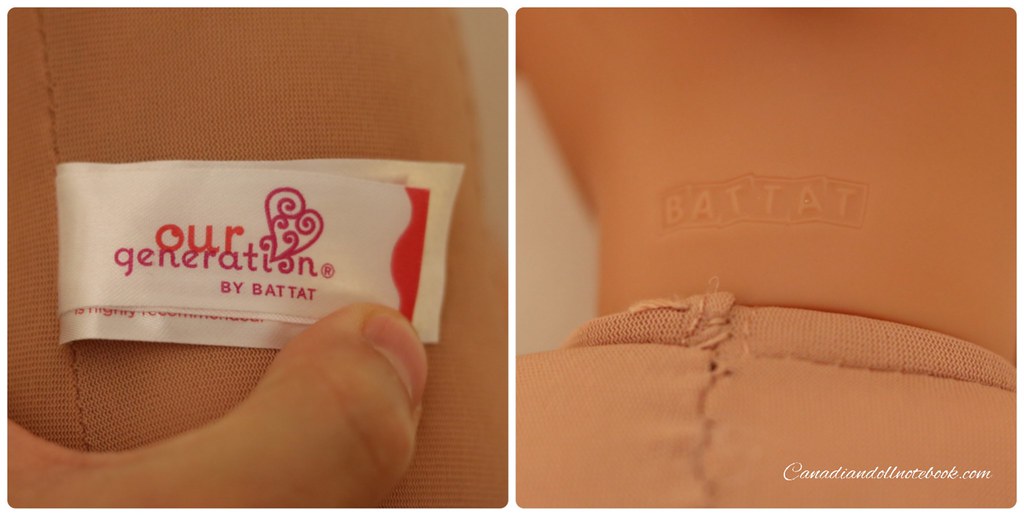 Here is her tag, and neck stamp, indicating that she a true Our Generation doll. 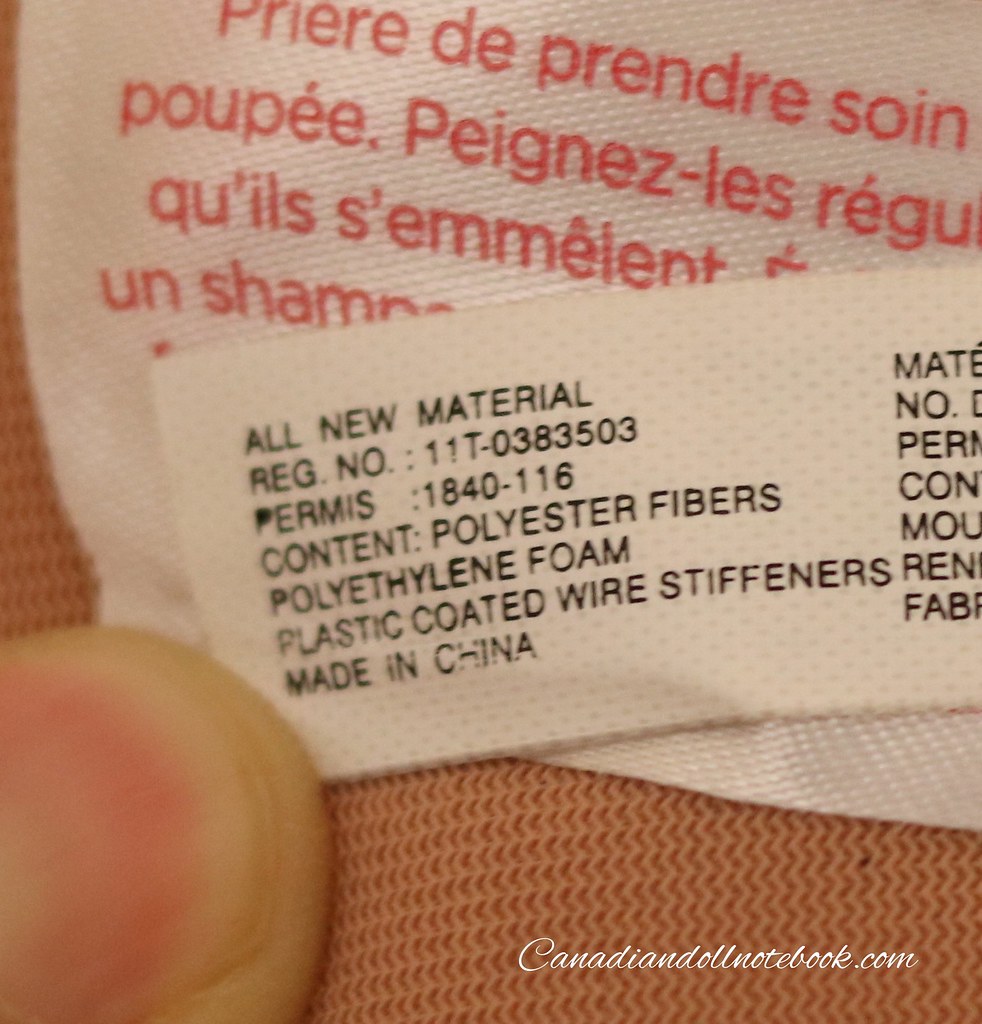 Had I read her tags right after I received her, I would have figure out earlier that she was poseable.  Right there on her tag it indicates that she has polyethylene foam and plastic coated wires inside her. 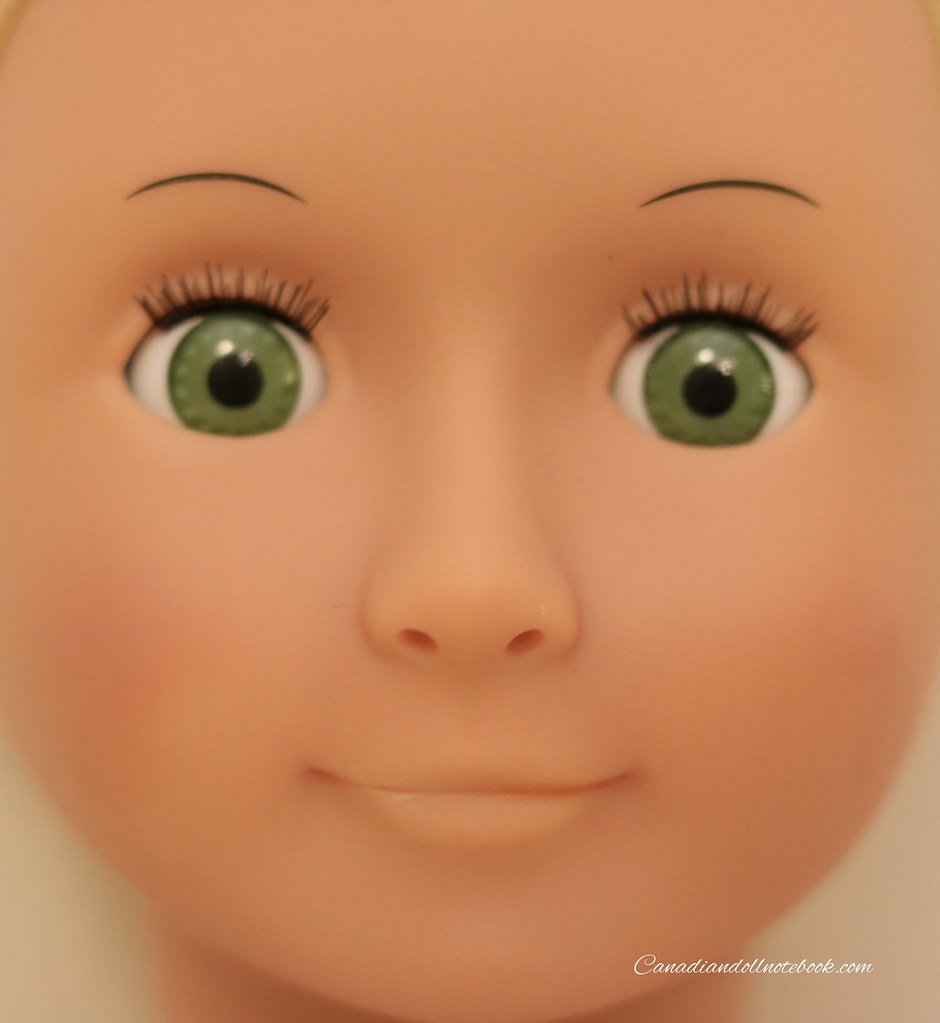 She has a sweet face, the same mold as the other Our Generation dolls.  Her lips had colour before, but it was removed, as she was going to be customized. 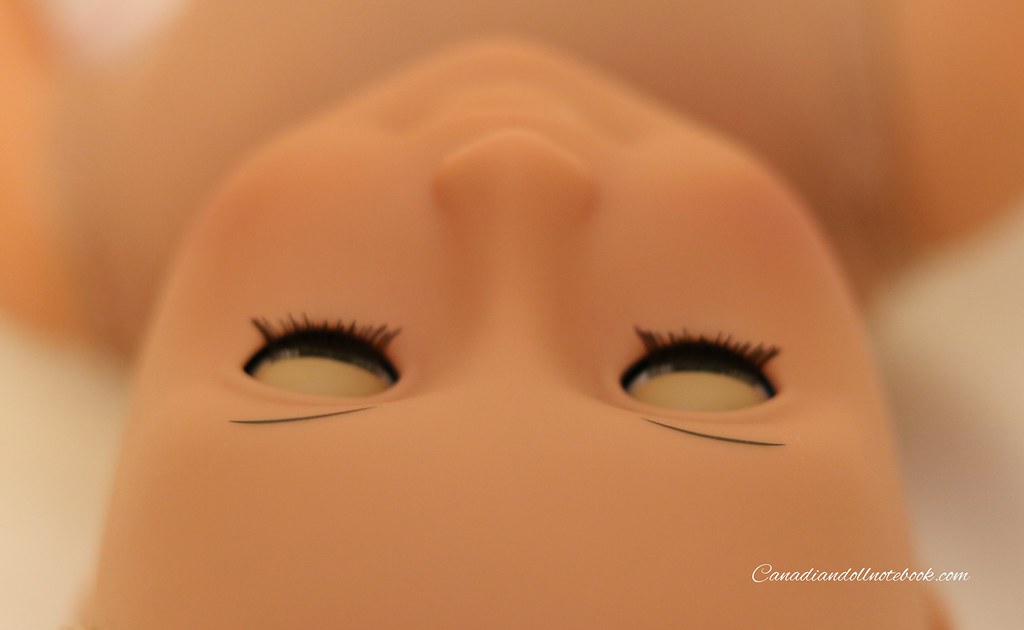 Like all the other Our Generation dolls, her eyes close when lying. 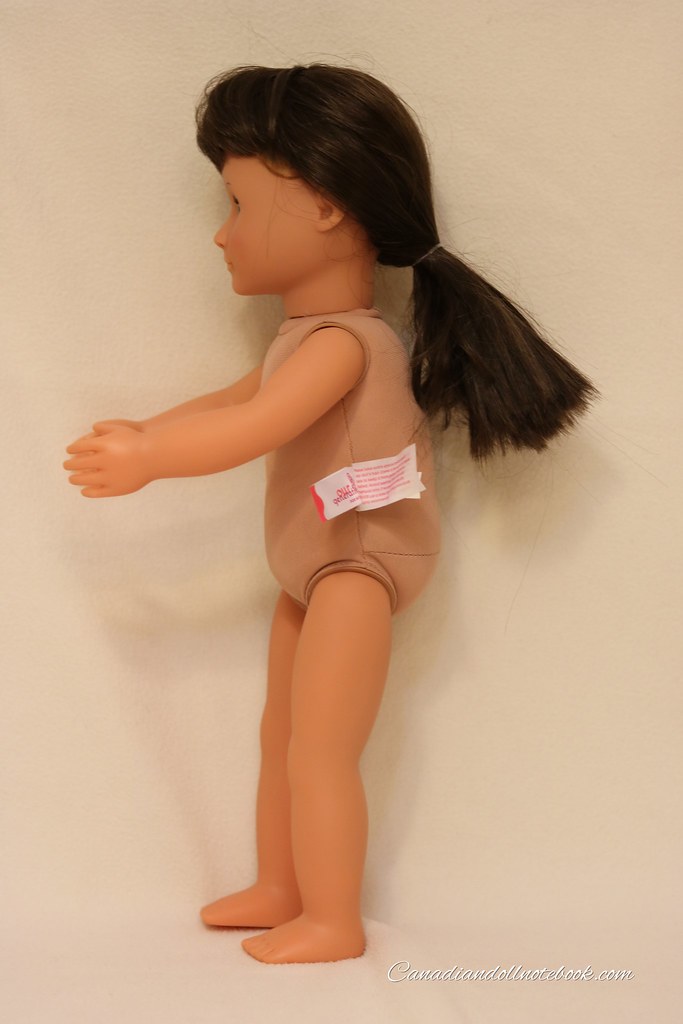 Here she is from the side.  She has a full fabric body, like the other Our Generation dolls. 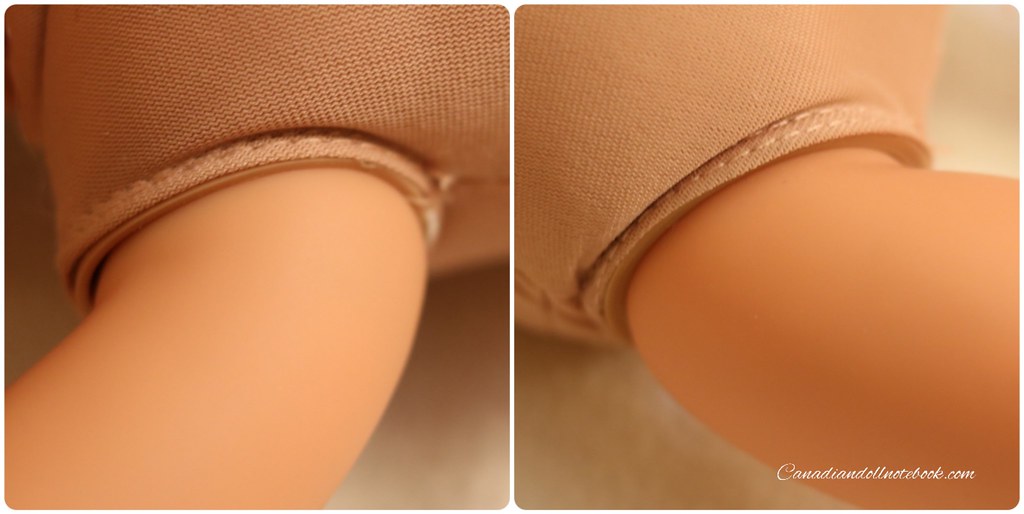 Her joints also look very similar to other Our Generation dolls.

Enough with the basics!  Let’s move on and see what those wires can do! 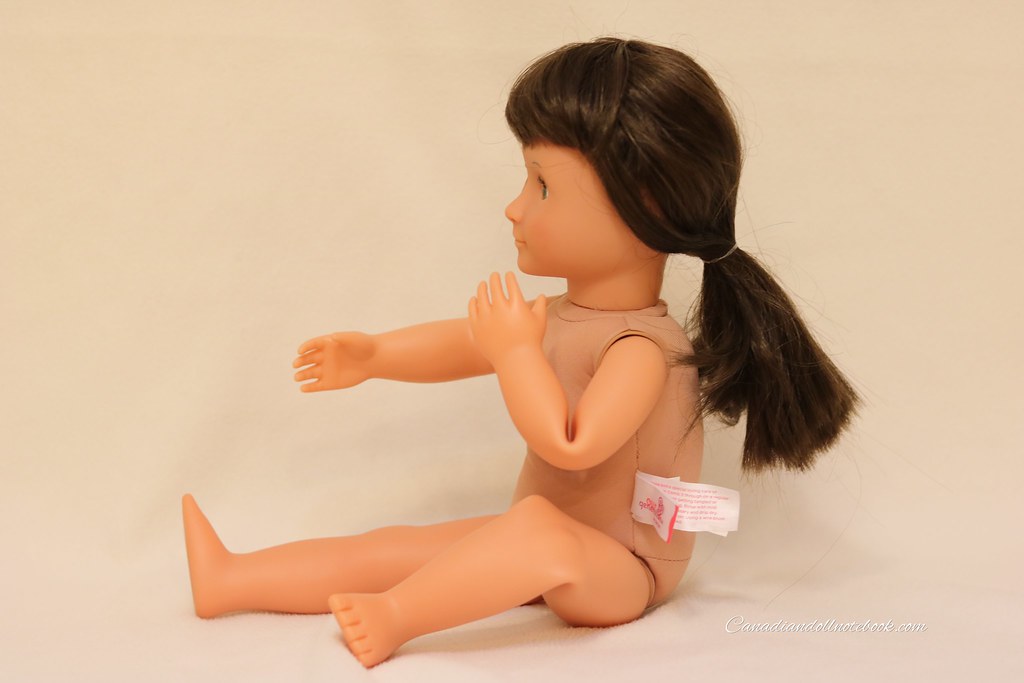 Here you can see that I was able to bend her elbow and knee, and she was able to hold that pose.  Pretty neat, huh?  As neat as this is, I found that limbs look a bit strange when they are bent. 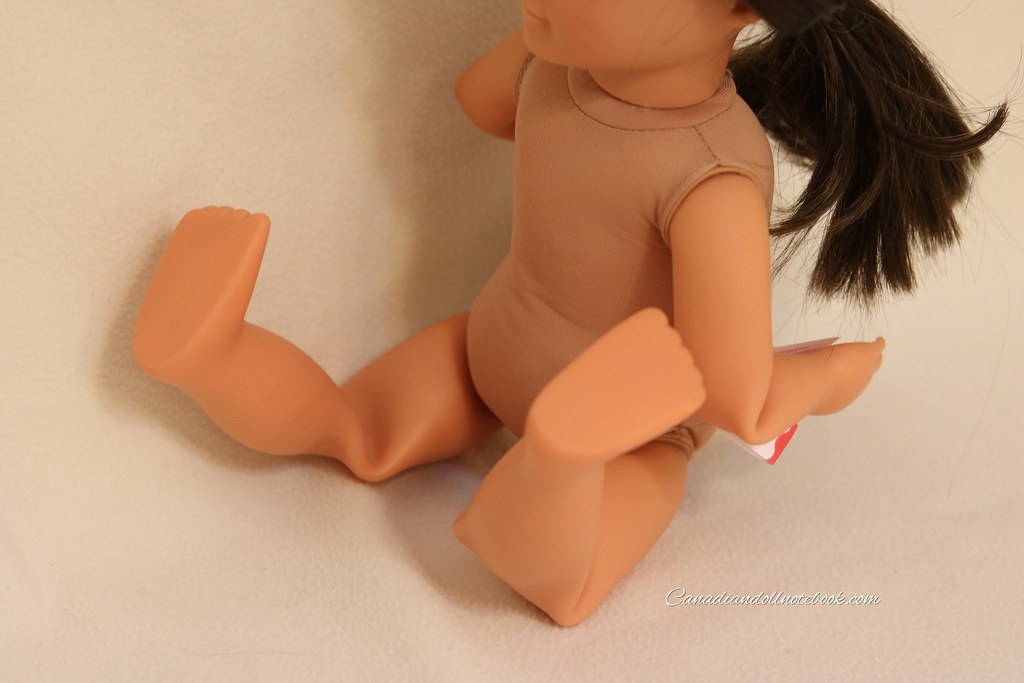 She defiantly looks strange in this position!  If you are curious like me, she is able to hyperextend her joints and hold it!  So fun! 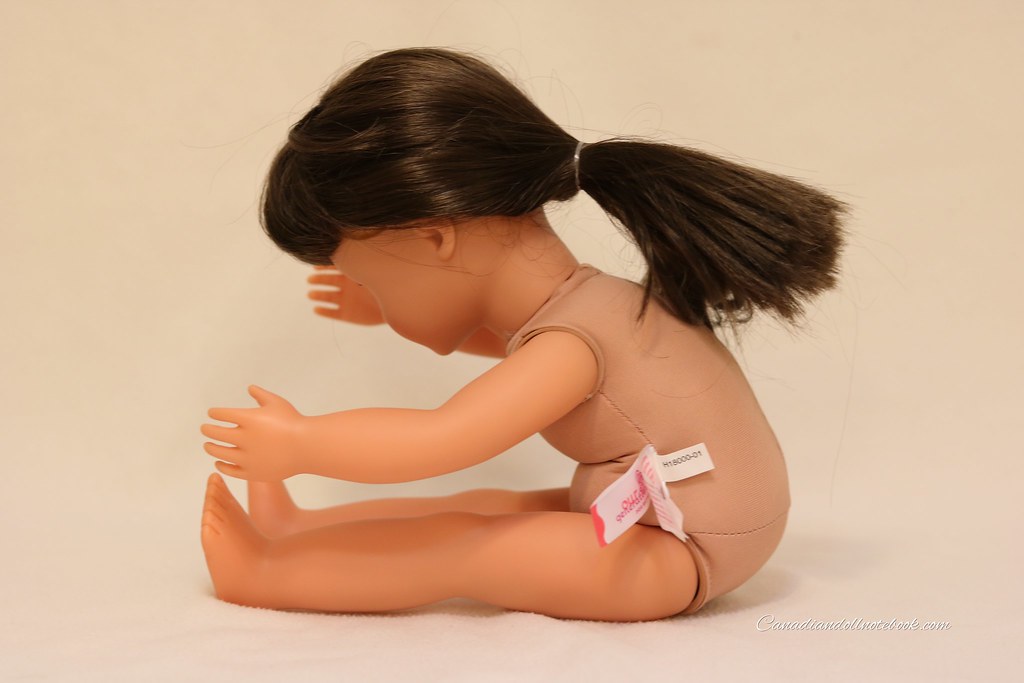 I discovered that not only were her joints poseable, her body is as well!  Here she is bending forward. 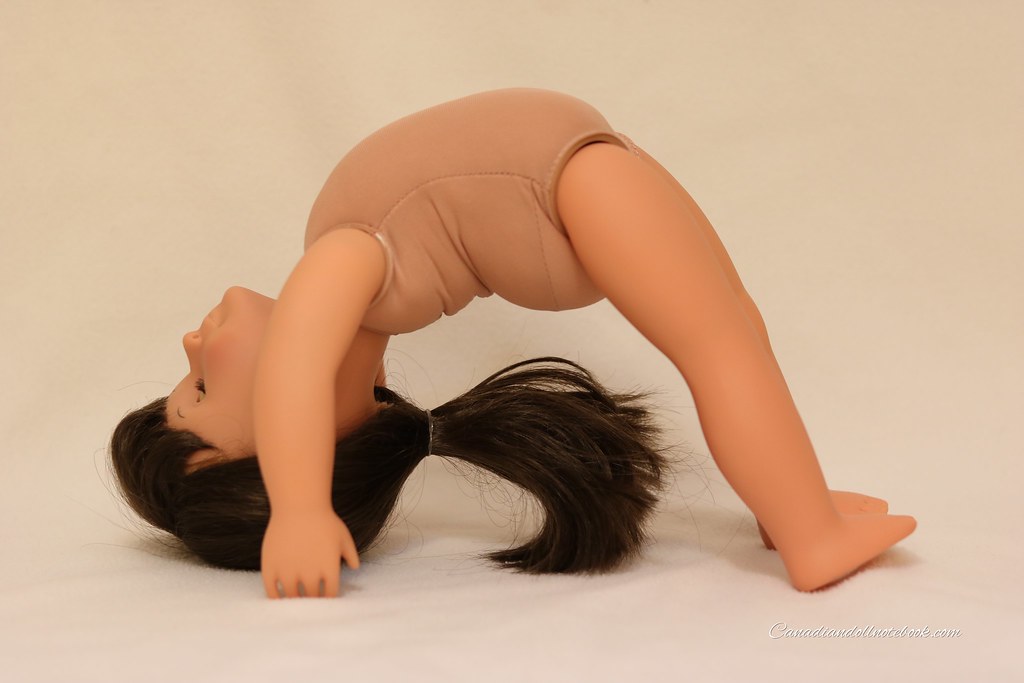 Here I was able to get her to hold a great back bridge.  She would certainly put me to shame in the yoga studio! 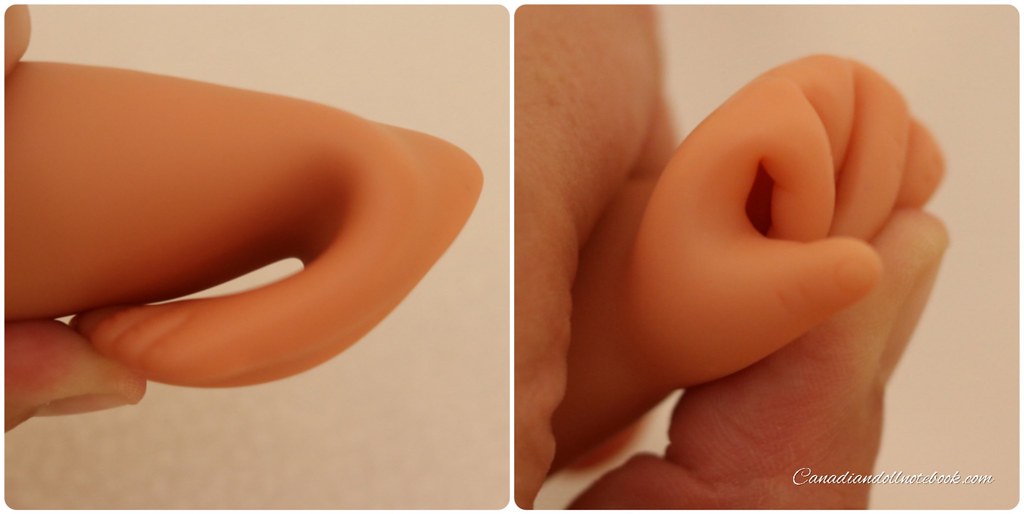 There are no wires in her hands or feet.  Although you can easily pose them, they will not hold the position.  This caused a problem while I struggling to have her stand on her own, her feet were so squishy she kept falling over! 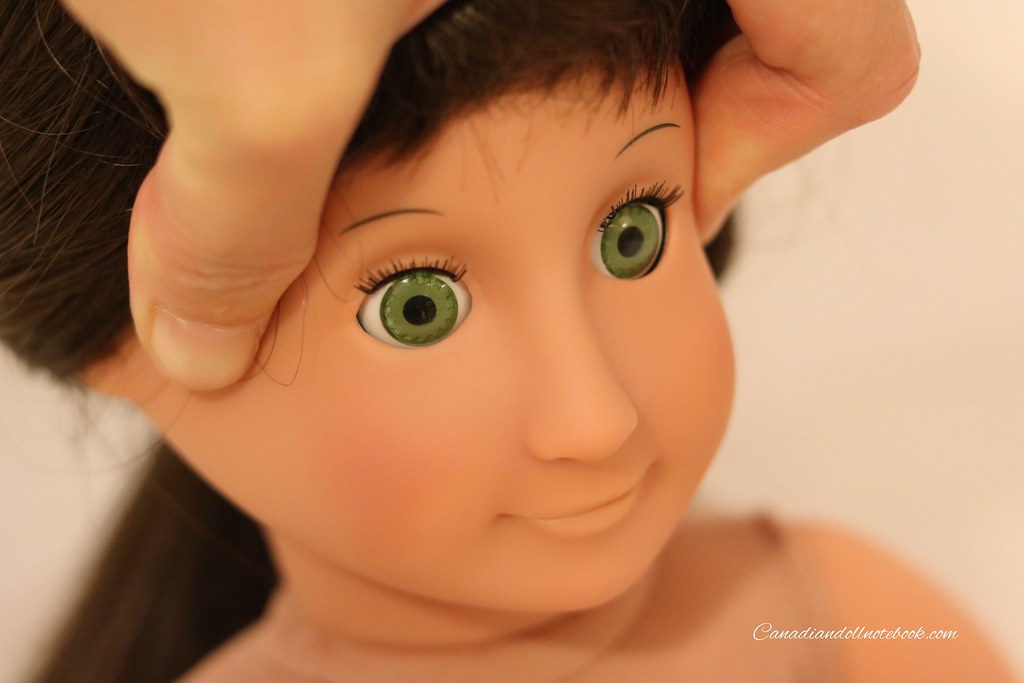 I noticed that the vinyl of her face was a bit squishier than the other Our Generation dolls, but not to the extent of her limbs.

It was such a great feeling to finally have my curiosity satisfied!  So the Our Generation poseable dolls are nothing like I thought.  There was no “clicking” of the limbs while I positioning her, and no visible hard plastic joints.  What she really reminded me of, were my Gumby and Pokey figures that I had as a child, just flexible wires covered with vinyl.

She is such a great doll, and I hope that I was able to satisfy your curiosity as well!

*As always on our site, prices are listed in Canadian dollars (CAD) unless otherwise stated.

22 thoughts on “Review of Our Generation Poseable Doll”